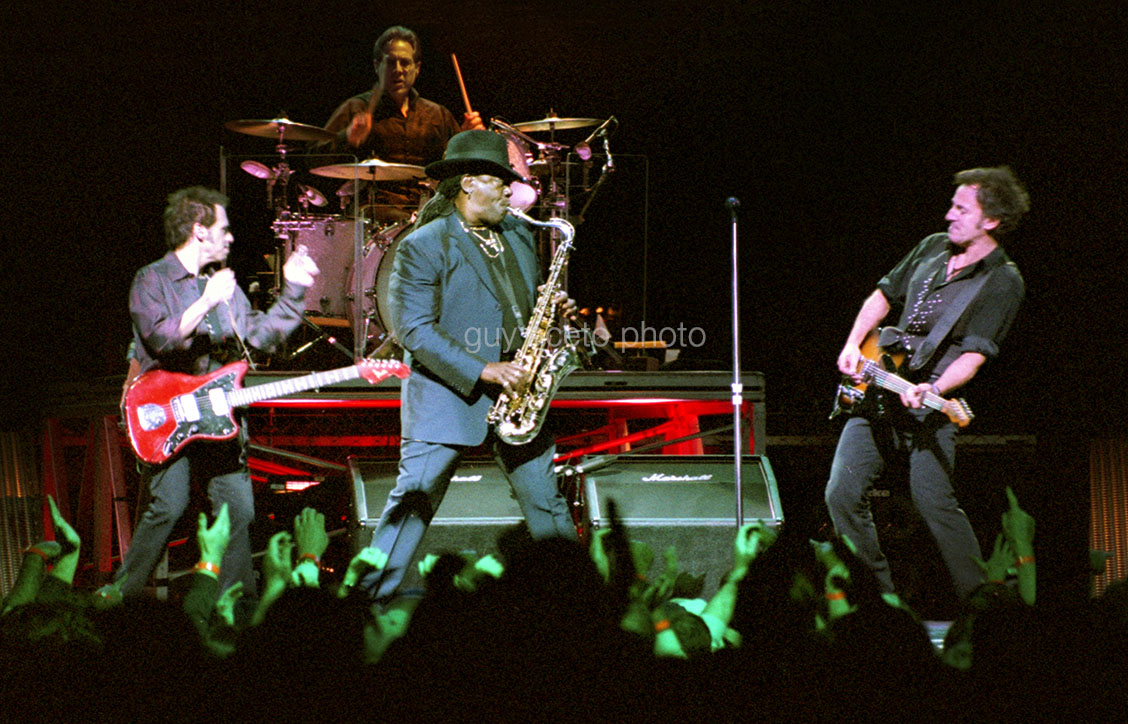 It’s become a concert staple for the press pool photographers. Shoot the first three songs, no flash, then off you go.

You and a half dozen or so of your fellow “shooters,” along with their gear, are placed on a rather small riser next to the soundboard. All of us looking for those two or three shots to accompany the all important review in the next days paper. Shoot hard and fast during those first three tunes, then we’re hustled away. Check out your images and in this age of instant digital gratification, upload the good ones to run with our respective publications.

However … on that chilly December night in Charlotte, North Carolina, for me, it was all on film.

It was on film, wasn’t it? I sure as hell hoped it was. I hadn’t joined the digital masses quite yet. This would be my first time shooting something like this and I’d be lying if I said, I wasn’t just a little bit apprehensive. I actually practiced, camera and tripod in the middle of the living room, standing in front of the television with an old concert video. I tried to answer the question, ” Just how many rolls of film could I shoot, rewind and shoot, in the time it would take to play those first three songs?”

It didn’t take long. I don’t even remember what those first three songs were. It was pretty much a blur. Film to the lab and it was up to the darkroom.

If you’re also a fan , you’ve grabbed a ticket. You sprint to the car to stash your gear and head back for the rest of the show. That’s me, I’m the fan who just shot Bruce Springsteen in concert for the very first time and I’m definitely seeing the rest of this show.

I could have done better, maybe next time.

Wait, would there even be a next time? I did come back with the goods, the editor was happy, and my foot was firmly planted in the door.

It’s a unique and challenging type of photography. Unpredictable, and dynamic as you attempt to capture “that moment” on stage.  The goal is to translate that “healing power of rock and roll” into a still image that takes the viewer straight to center stage, or reminds them of the show that they saw and their own particular “moment.” 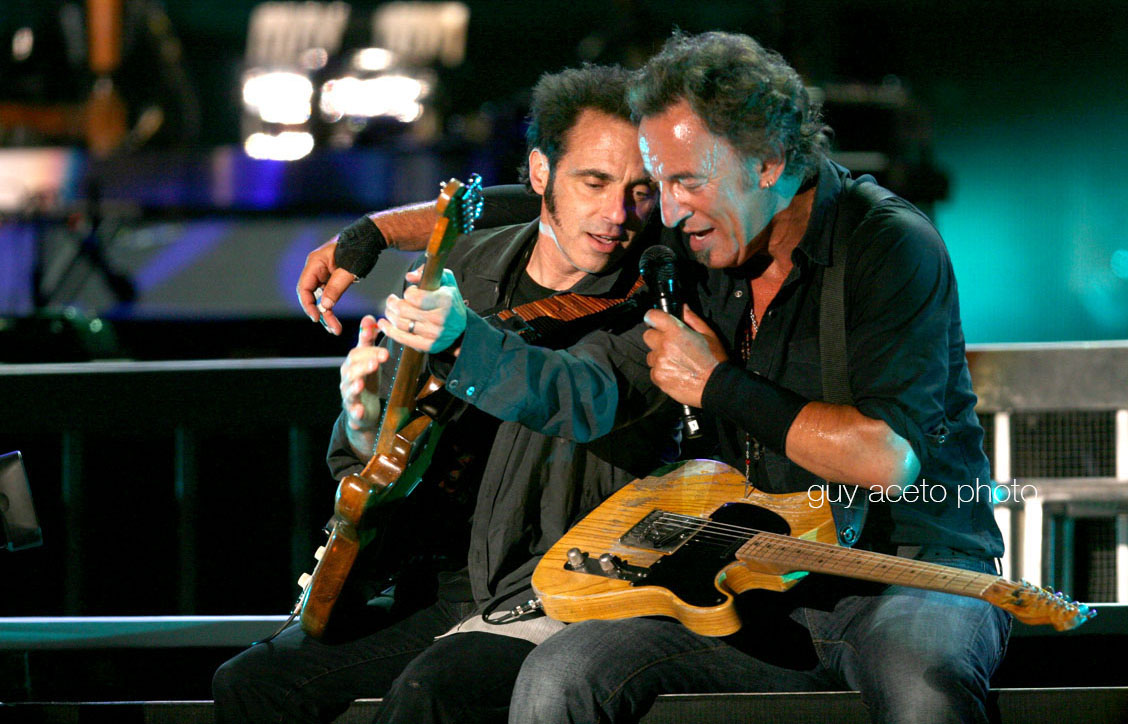 Each show is different, but each one is the same. There is a yin and yang sort of thing going on. You prepare, you tell yourself you’re ready, you’d like to think you know what’s going to happen, but you’re never. quite. sure. 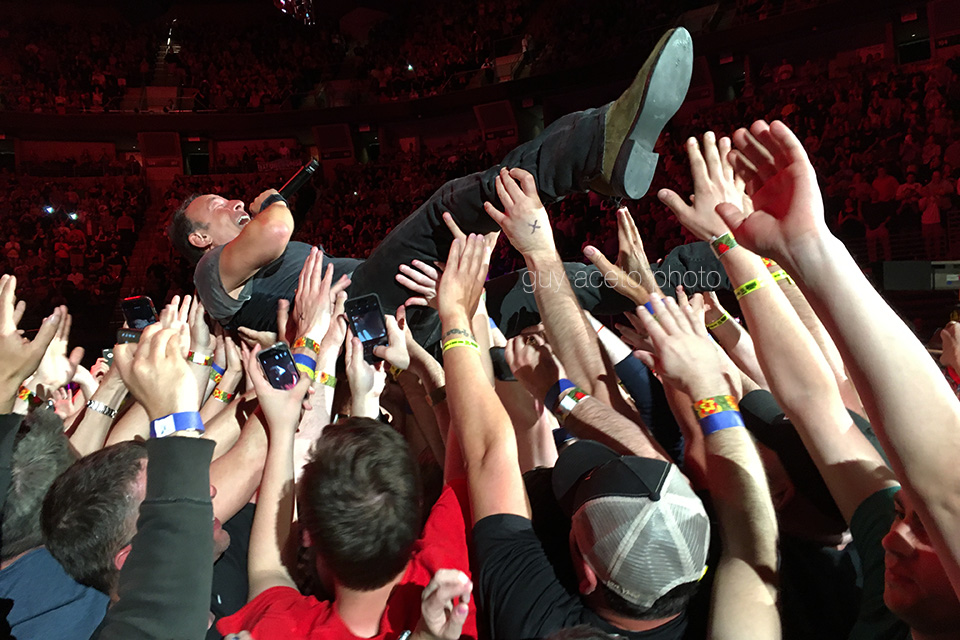 There’s a sense of satisfaction when you realize you’ve gotten the shot. It’s an image that you feel is just a bit different. The image that shows the connection the band has onstage with each other and with the audience. The bonus is when someone else sees it too, when someone else points to your image and says “yeah, that one.” 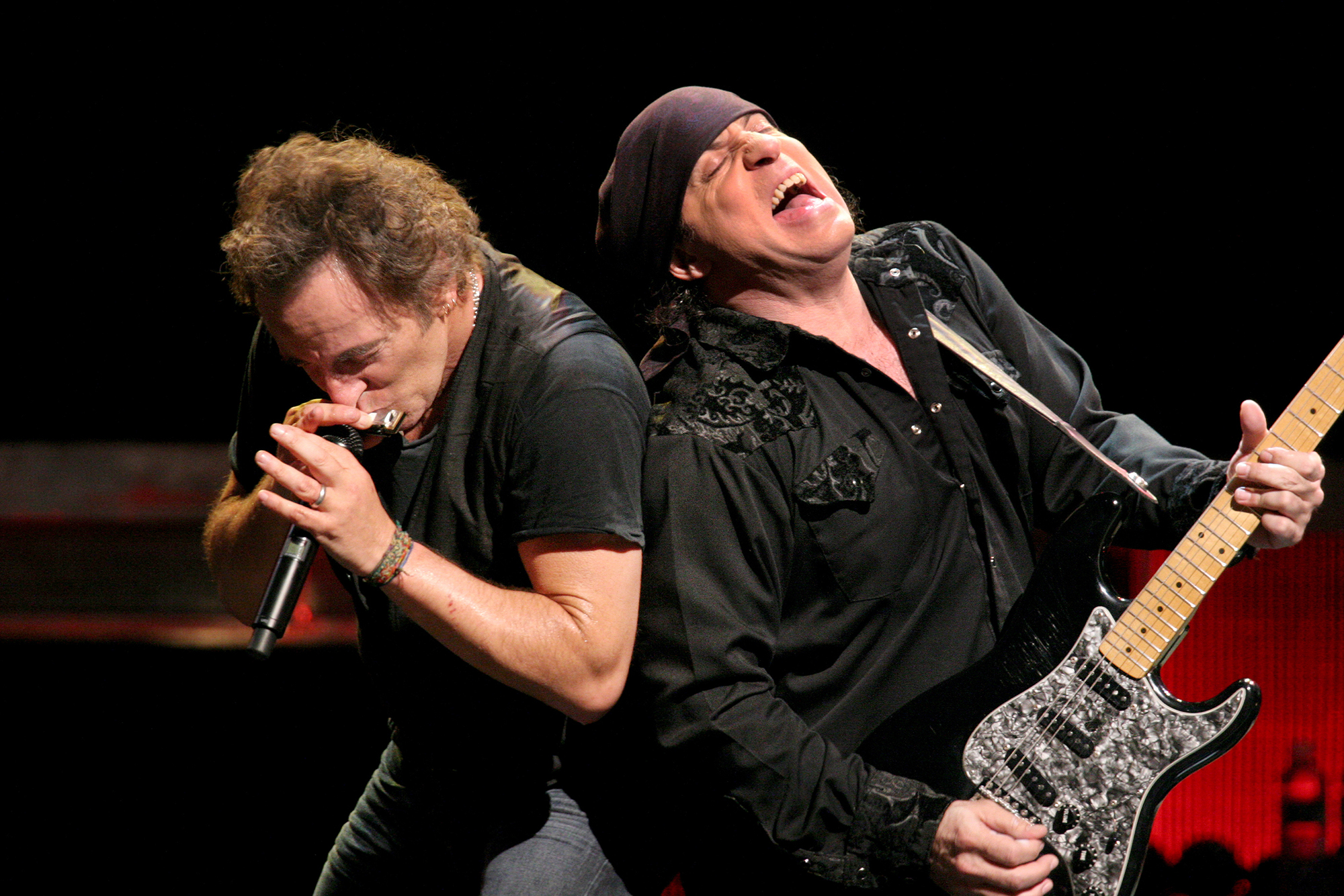 Lately, I’ve realized that I’ve been pretty lucky to stand on that little riser, press pass stuck to my jeans, for over a decade. I’ve been told I have a “library of images,” a “body of work,” go figure.

I’m just looking forward to adding to that library , three songs at a time.

This town clinks like empty beer bottles at 2AM

Crackles like the final 5 seconds of an old LP 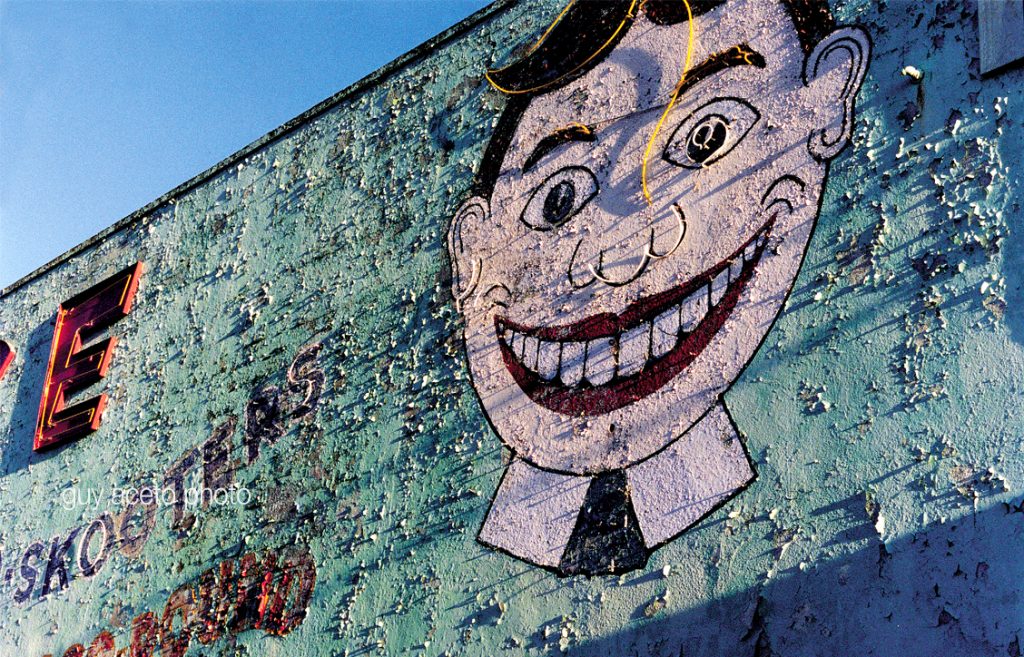 It’s good to see the town crawling back into the light, a busy boardwalk full of shoppers, bistros with hungry patrons and a beach full of coconut scented sunbathers. It sure wasn’t that way the first time I walked down Kingsley Avenue.

Frankly, I found the decay oddly appealing, the colors and textures of rust and cracked plaster, the remains of Tillie’s neon hanging off his brow like some sort of disheveled cowlick. The last couple of local watering holes were only proof that there was some sort of life left in this windswept no-mans-land between Kingsley and Ocean avenues. 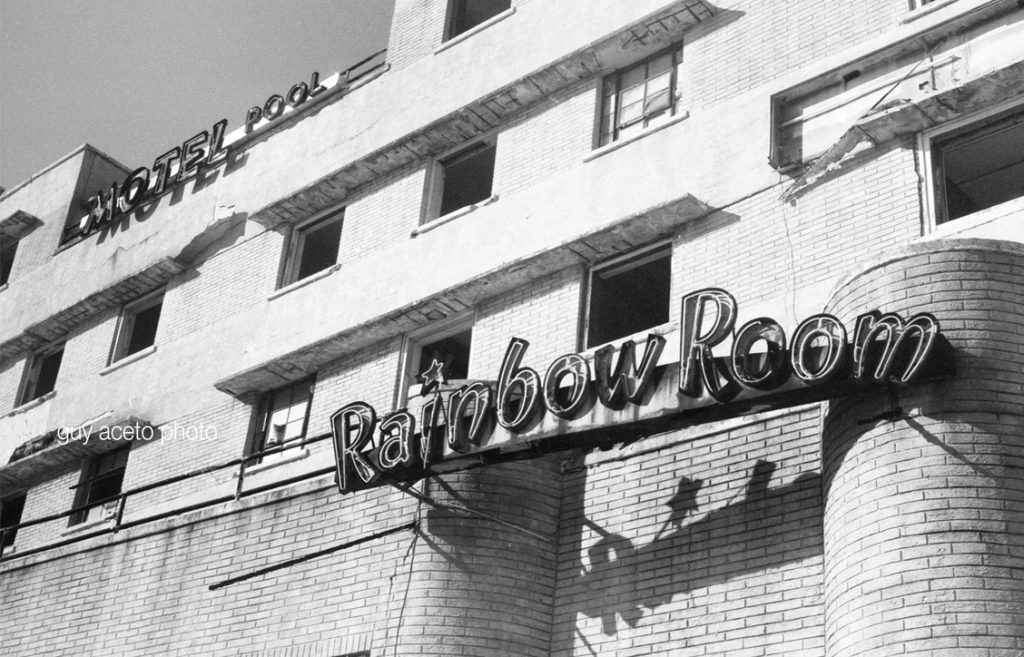 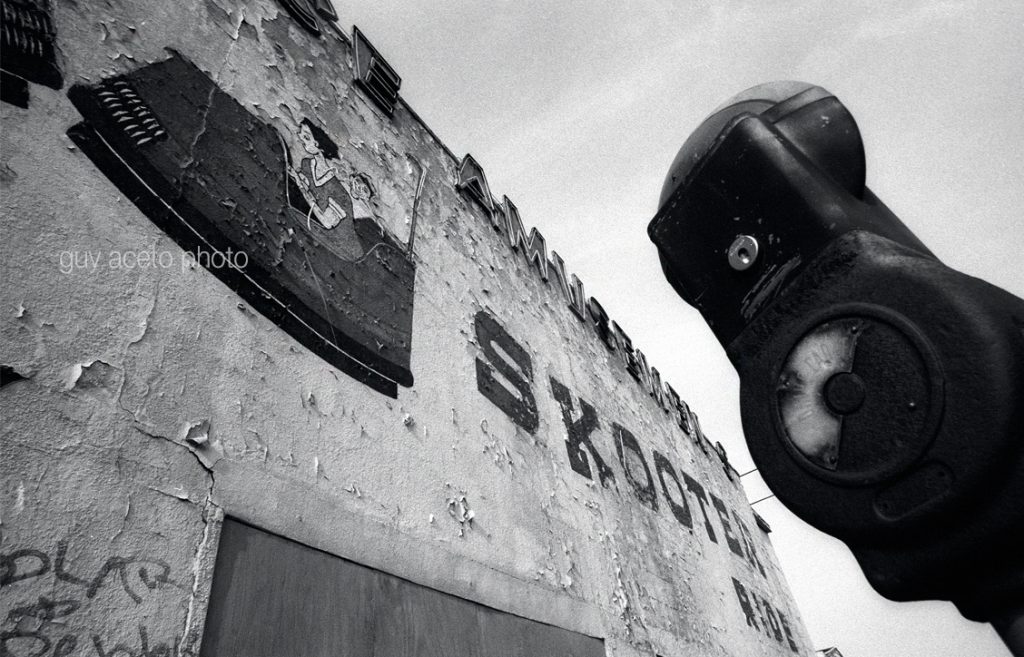 I went to the shore that first time, on a cold, dank President’s Day weekend. The chill and spitting surf just added to the ambiance, fitting perfectly with the Springsteen lyrics swirling in my head. I was there as a rock and roll pilgrim, waiting for the next quartet of local kids to mount the stage at the Stone Pony and take the world by storm.

They didn’t get to the promised land that night, they did play hard and gave it all they had. Musical pilgrims themselves, I’m sure they tried to soak in a little bit of the luck that their heros might have left behind. 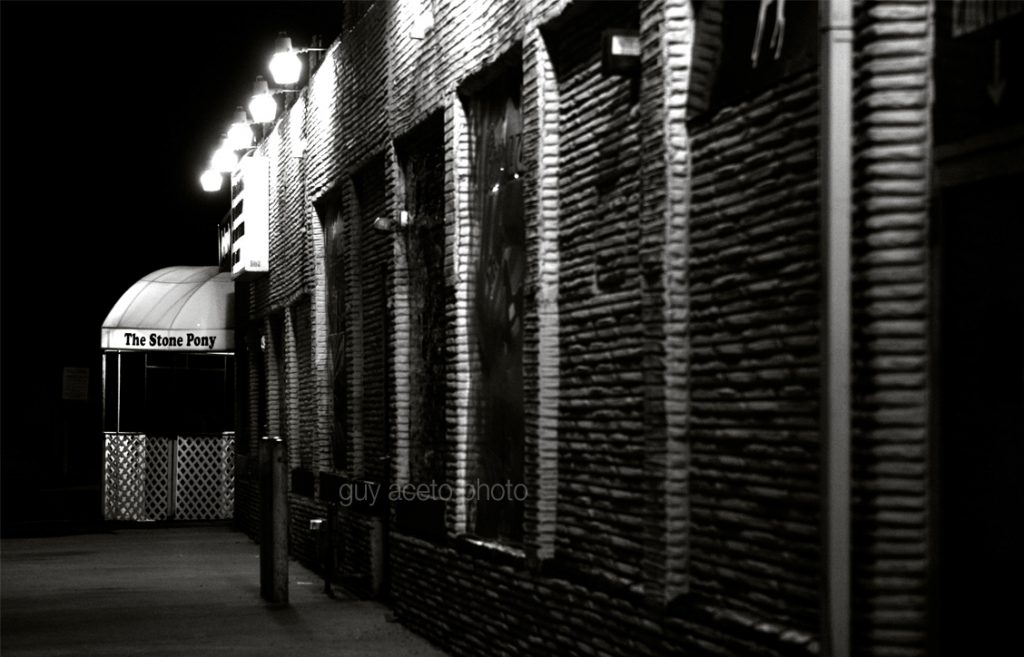 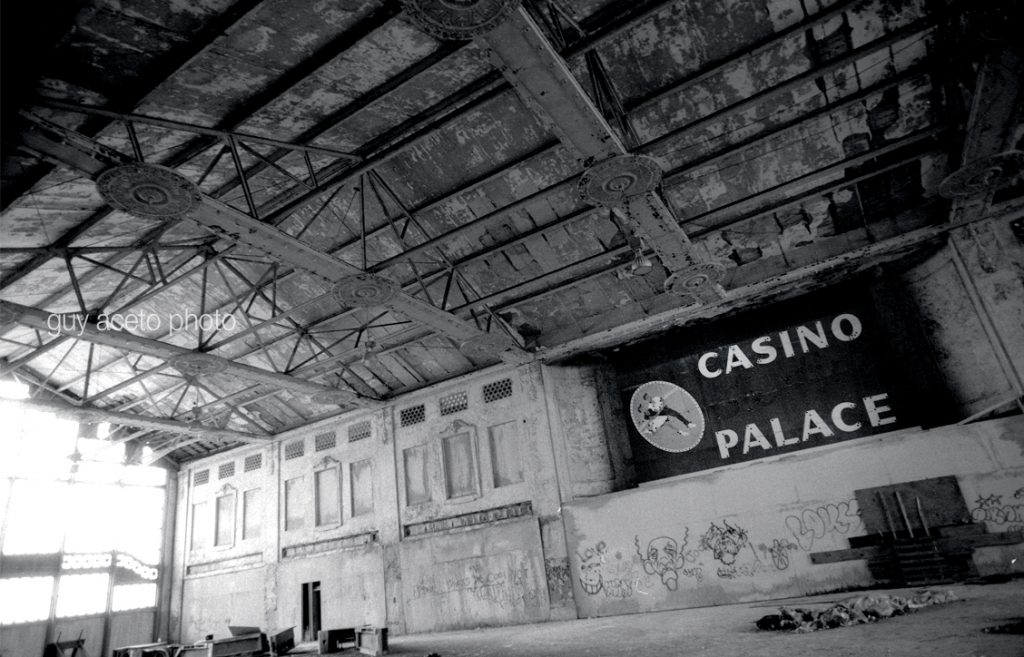 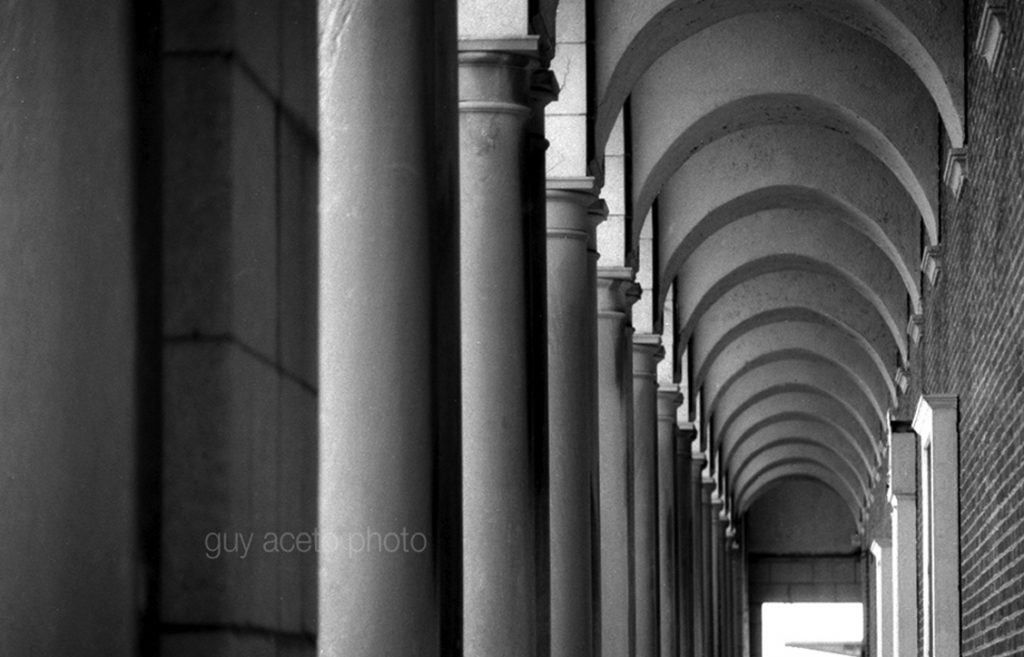 Convention Hall is still a beautiful building even if it does seem to be one step ahead of a wrecking ball. Faint echos of roller derbys and Led Zeppelin still drift through the halls. At the opposite end of the beach the bookend to the hall is all but gone. The Palace, a ghost— The Casino, a mere tunnel between Asbury and it’s more “proper” victorian cousin, Ocean Grove. 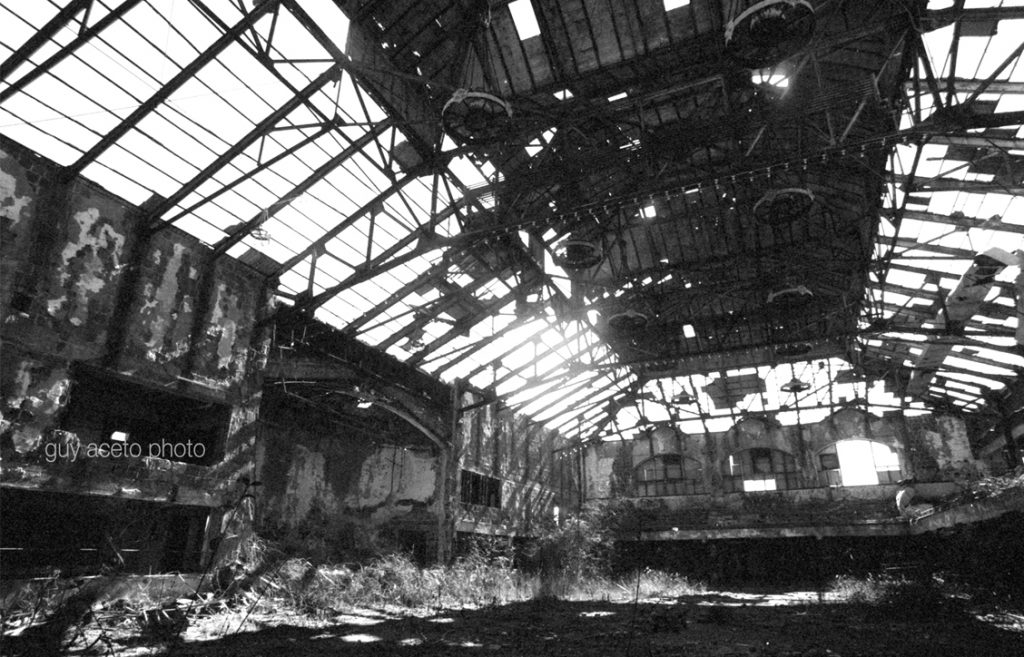 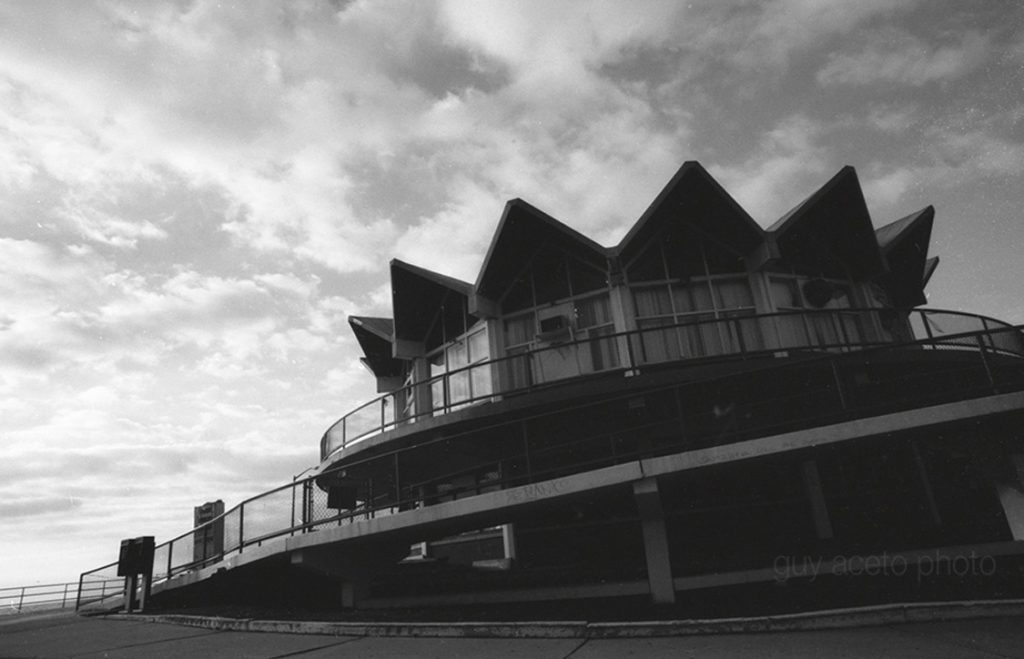 I’m glad I saw it when I did. Carefully crawling through chain link fences and around sheets of plywood to find my shot, stumbling across some curious graffiti. For a little while, on those cold empty days and nights,  Asbury Park was for me, more than “that place Springsteen sings about,” it was quite literally, each and every word off the first three records.

“Beauty is in the eye of the beholder”

Sometimes people see something different in your image, something that even you didn’t see.

During Bruce Springsteen’s 2006 Devils and Dust tour, I was asked by an editor to shoot for his publication. I said yes. Are you kidding, of course I said yes. I grabbed my camera (and film, yes … film), hopped in the car headed on down the road.

The venue was as moody and dark as the album. When you’re in the business of “collecting light” the lack of it can make for a challenging evening. When in doubt, load the camera and shoot. I knew even before the film was developed that I probably wasn’t going to like the result but I knew I had done the best I could under the circumstances. I filed away the negs and was happy that I had been able to stay for the show.

Fast forward a decade and a phone call from a photographer friend who asked me if I had shot anything during that tour. I admitted that I had, but I had never been happy with … she stopped me and quickly said, ”someone will email you, send a half dozen at least!”

An email did come and I spent an evening pulling the negatives, trying not to think too much about how dark they were. I rescanned a few, gathered everything together and sent them off.

A day or two later, one of those images, one that I had never really thought much of, had been picked for the cover of a live, Bruce Springsteen, Devils and Dust tour cd release. It became part of a series of live performances being offered through brucespringsteen.net, his official website.

That dark, grainy photo, one I had never thought much of, has since become one of my very favorites.

Did I save the images because I was a fan? Probably, but I would like to think that in the back of my mind I thought “just in case” as I slipped the proof sheets and strips of exposed film into a binder. Lesson learned; save the work anyway, and when the word goes out and someone asks to see it … send it to them. You never know.